Auroras! Auroras! This wonderful season when we look to the sky for a very good reason!

I was doing my weather observation one night when I noticed what looked like faint smudges of light in the sky. At first I thought I was seeing things but, to my wonder, they began to grow and become brighter. I stared in amazement at seeing my first ever aurora! Once I was sure of what I was seeing, I radioed out “I’m not sure how long they’re going to last, but there are some auroras out here.” I was almost immediately joined by half a dozen other Polies excited for the first auroras of the season. I couldn’t stop looking at the sky, occasionally jumping up and down because I couldn’t contain my excitement. 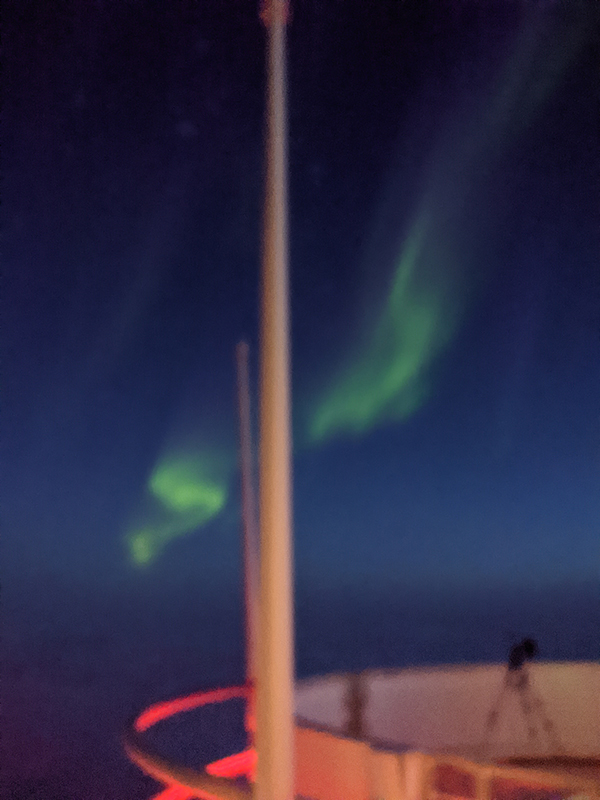 Over the next few days we were rewarded with more and more breathtaking displays. While I’ve seen some of the absolutely amazing pictures that people were able to take my own attempts have been somewhat underwhelming. Though, I’ve got some time to work the kinks out so I’m not worried, and, until then, I’ll just enjoy the show. 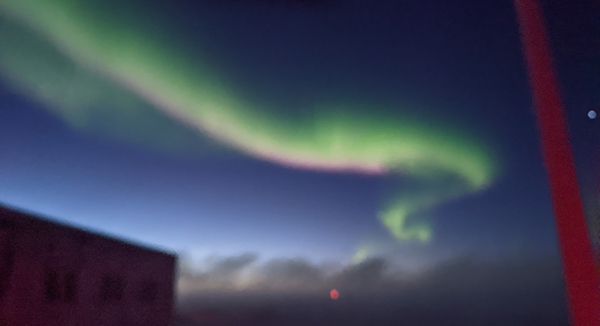 Aurora season brings a bit extra excitement for me because, as the Aurora tech, roughly half of my job is maintaining and monitoring the different aurora experiments on station. Once it got dark enough, each of the different PIs reached out asking me to turn on their cameras and start sending their data north. One of the cameras has a highly sensitive photo multiplier which can get burned out very easily if it is exposed to too much light (it has to be turned off when the moon is out and full because it’s too bright!). This also means that we have to cover all of the windows on the station and only use red lights outside. There is a long tradition of painting the large pieces of cardboard we use to cover the windows; I was pretty happy with how my contribution turned out! 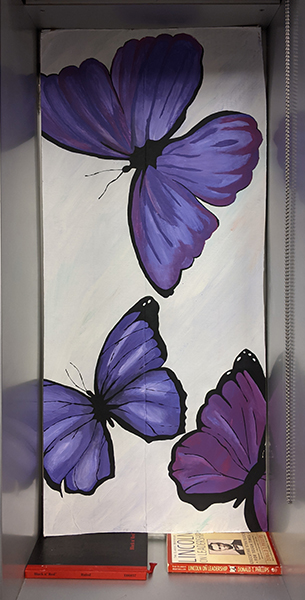