My (Not So) Secret Life As A Fuelie

One of my favorite things about the South Pole is the opportunity to volunteer for all kinds of things that I would otherwise never get to do. Probably one of the more unique of those things is getting to fuel airplanes! 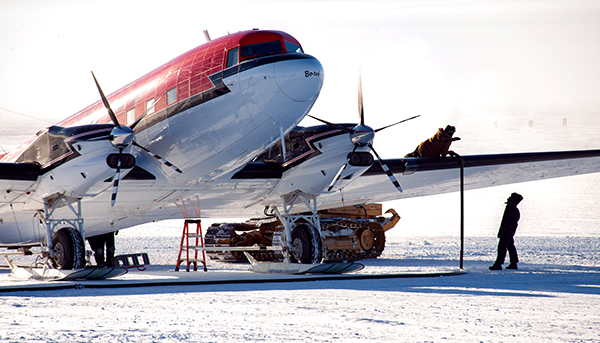 Early on in the summer season a few of us were recruited to help out with the various fueling tasks around the station. This was partly to help out the fuels foreman who, for most of the summer, was on his own, and partly to prepare us for the winter when he would be long gone. In the beginning he walked us through everything we needed to know but before we had the handle of it and by the end of the summer he had put me in charge of the flight deck!

Each day that a plane was coming in, my fellow fuelies and I would go out to the pump house to recirculate the fuel and get a sample to take back to the lab for testing. I learned how to do the tests to ensure that our fuel met the standards necessary for the planes. Most of the time the samples passed but a few times we had to switch fuel tanks because the sample from one of them failed! 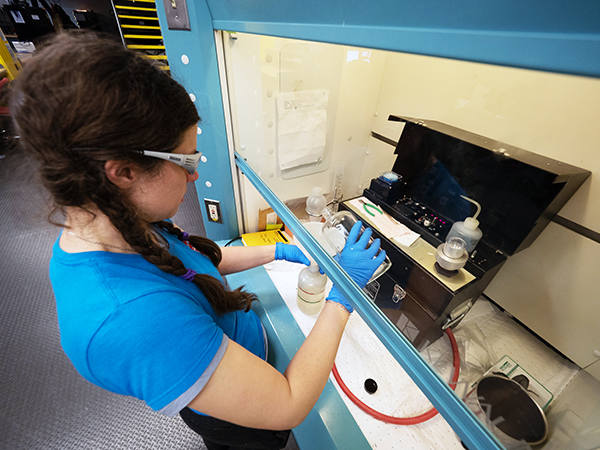 Then, thirty minutes before the plane was scheduled to arrive, we would go out to the fuels barn to wait and watch for its arrival. After the plane had landed and made its way to the fuel pit, one of us would drag the hose and grounding cable out to the flight attendant while the other would wait in the pump house for the signal to start fueling. 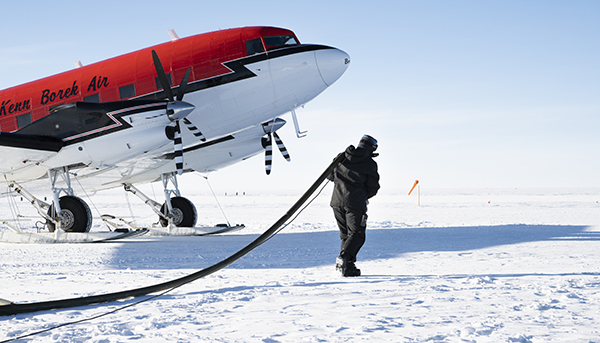 There were several not-too-complicated hand signals that we used to communicate between the plane and the pump house since it’s very noisy inside and there was no way you could hear anyone. 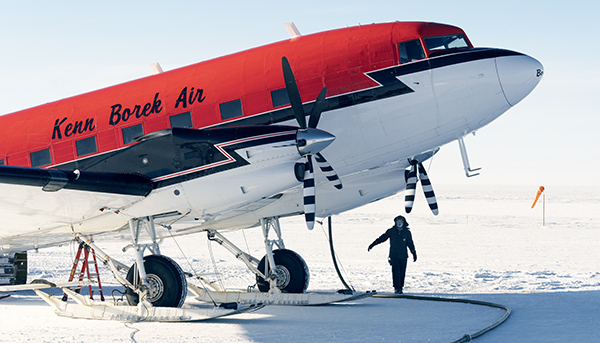 Once the plane was done fueling, one of us would drag the hose back to the fuel tank while the other recorded how much fuel the plane had taken (there was a meter in the pump house but we also climbed on top of the tanks to get a dip measurement as well). 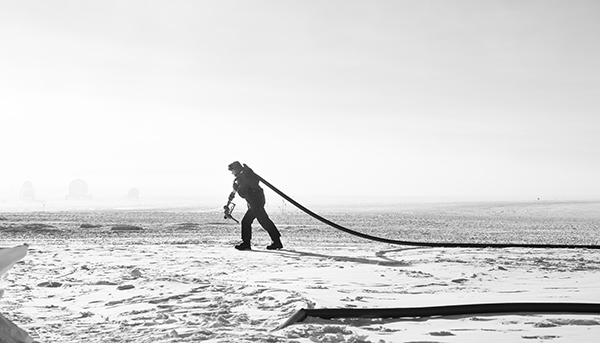 What followed was usually a good bit of waiting (in the warmed fuels barn) while cargo finished loading and unloading the plane and outbound passengers boarded. We made sure to wait until the pilots had started the engines, taxied, and taken off before heading back to station, just in case anything went wrong and they needed help (thankfully all the flights during the season went off without a hitch!). 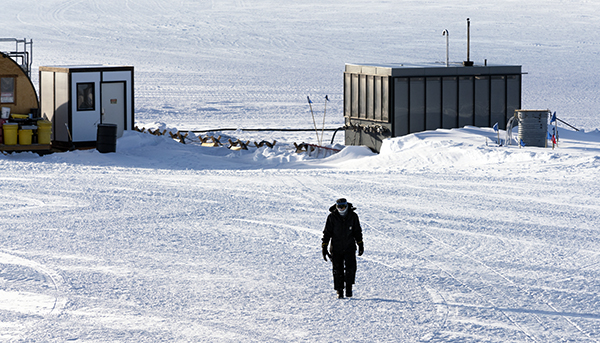 Now that the station has closed, the fuel pit has been packed up and taken to the end of world where it will live for the winter. The next time it will be used will be when the first flight comes through at the beginning of next summer. I’m already a little anxious about it; hopefully I will still remember everything when the time comes in seven months! Getting to be a fuelie has been one of the highlights of my time here; it was fun and challenging and something I would truly never get to do anywhere else. 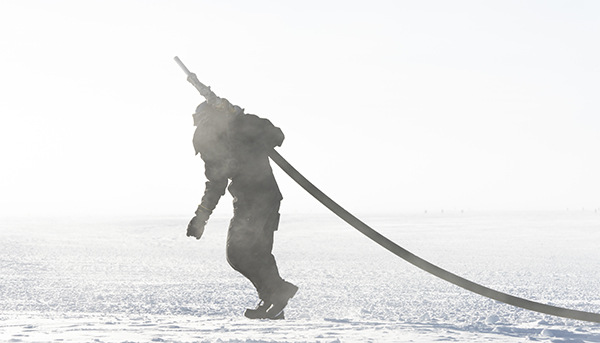