Snow is constantly being blown across Antarctica and accumulating across the plateau. This is why the old dome station was slowly being buried and the new elevated station was engineered to be raised. Snow management shows up in a lot of different ways whether it be digging up buried buildings and equipment, literally pushing snow up a hill, or measuring the slow but inevitable accumulation.

East of the station, near the SuperDARN antennas, there is a grid of stakes planted in the snow. Once a month (even in the winter!) these stakes are used to measure the snow depth. One of my first bonus tasks when I got here was to travel out to the snow stakes with the meteorologist to help with the measurements. While it’s close enough to walk to, we opted to take a snowmobile which was way faster (and way more fun!). The routes to all the outbuildings are flagged so that no one gets lost or runs over (potentially buried) equipment. Later in the summer I’ll be going out to reflag some of the routes because (surprise) the flags are almost completely buried. 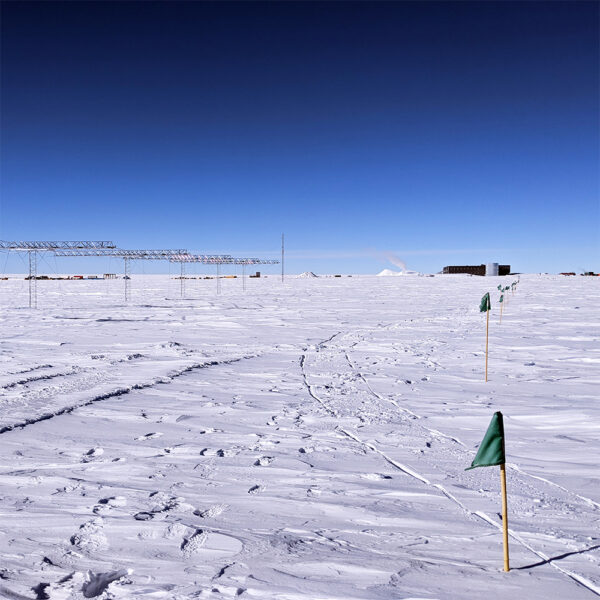 In addition to helping measure the snow stakes for meteorology, I also volunteered to help the IceCube scientists measure the snow depth above their detector. This was a considerably greater undertaking since the detector resides under snow and ice covering roughly a square kilometer in size. So, we borrowed a little snow vehicle (called a Piston Bully for reasons unknown to me) and spent the day driving in zigzags measuring the height of over 160 poles. 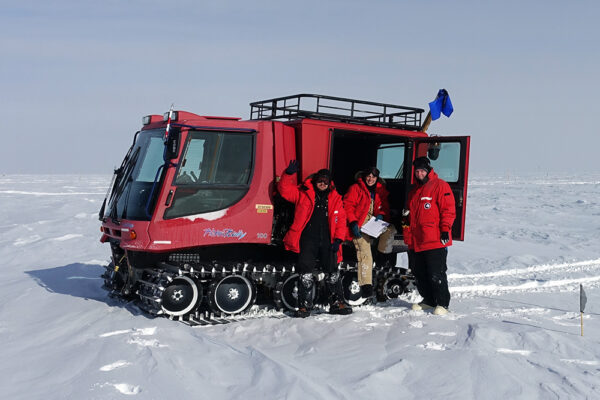 If the poles were a reasonable height, we just recorded their height and moved on to the next ones. 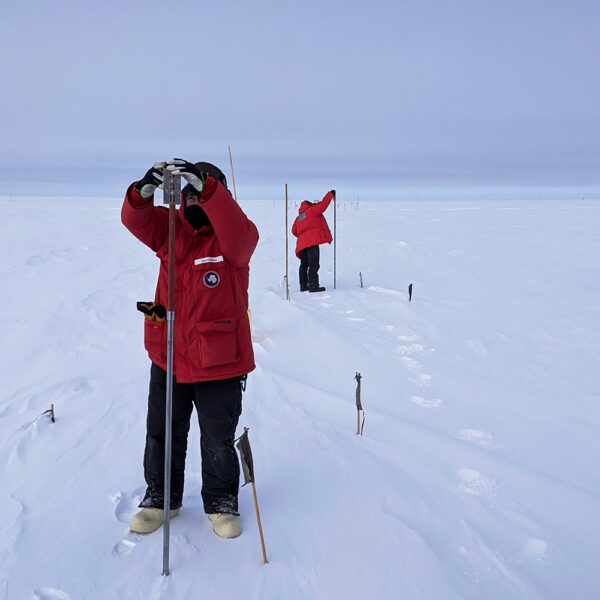 About halfway through the day the weather cleared up a bit and we were rewarded by a pretty awesome solar halo! 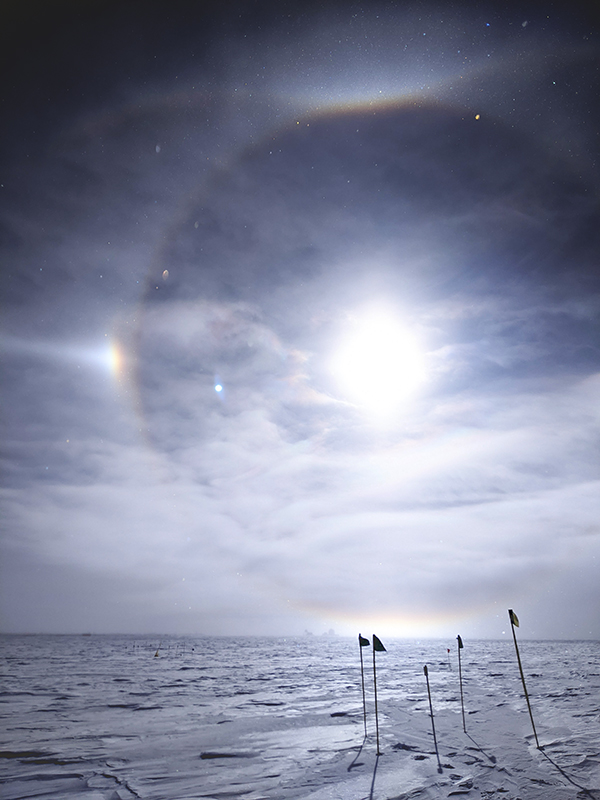 And then, because it’s what you do when there are halos… 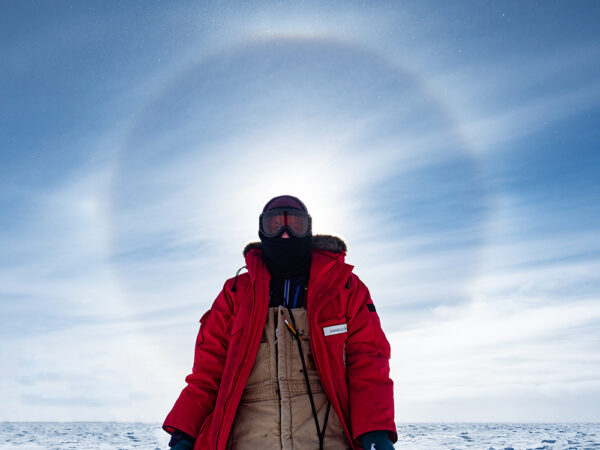