And just like that my flight is next. After 26 days (out of a scheduled 11) in McMurdo and watching three planes of Polies fly south, this morning it was finally time for me to haul my bags up the hill to be weighed.

For all that it has felt like it was dragging on at points, and that it seemed like we’d never be able to leave, I have enjoyed my time in McMurdo. I have gotten to know the Polies with whom I will be spending the next year as well as some of Townies who I’m sure I will be excited to catch up with when I pass back through McMurdo in a year’s time. I’ve gone on some breathtaking hikes and had such unique, amazing experiences (including a snowmobile ride to the base of a volcano, post coming soon!).

And then I remember, this has only been the beginning. Tomorrow I might fly to the South Pole or my flight might get delayed another week. Either way it’s all a part of the adventure!

I will leave you with these two little guys, who showed up just in time to wish me off. 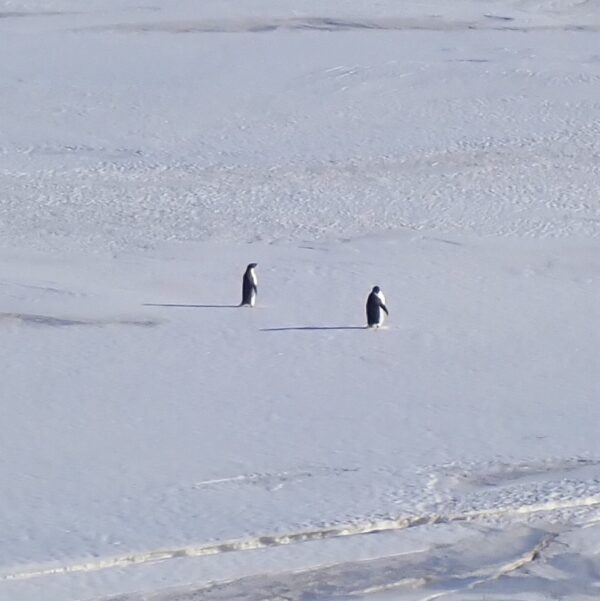