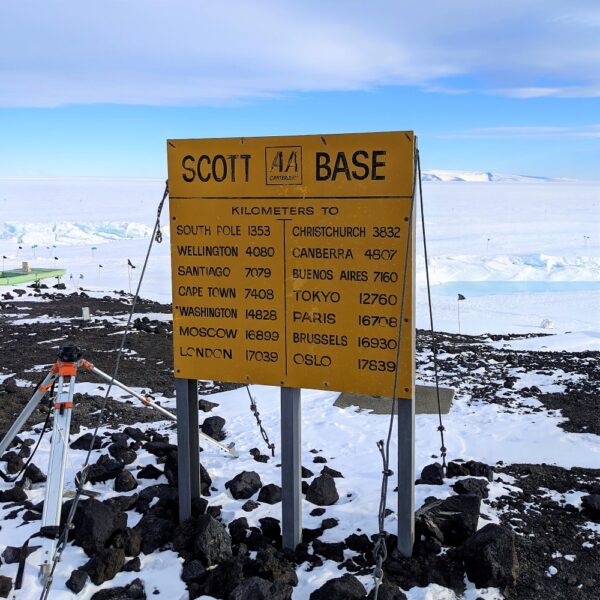 McMurdo is not the only base on Ross Island. Just on the other side of Observation Hill is Scott Base, New Zealand’s station in Antarctica. To get there from McMurdo you can either take the road over the hill or walk around the hill on the ice shelf, and while the road is faster, walking out onto the vast expanse of ice is pretty epic.

Since they are both on Ross Island, McMurdo and Scott Base share a lot of resources including runways and a power grid. There are also events where each base invites the inhabitants of the other to come over and hang out (American Night is very popular on Scott Base!). All of the buildings are green which makes them easy to identify and differentiate from any US buildings. 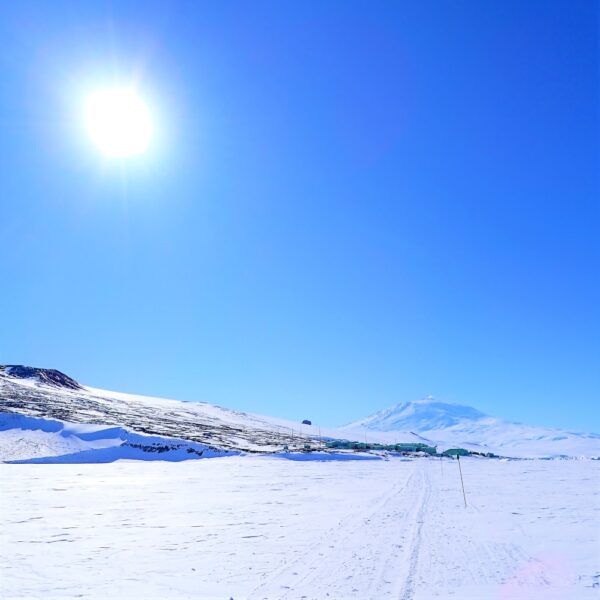 Scott Base is located on Pram Point which is where the sea ice meets the Ross Ice Shelf. The collision of these two bodies of ice causes the ice to buckle and rise creating large ice formation and ridges. Occasionally, when it is safe to do so, you can go on tours to get up close and personal with these structures. 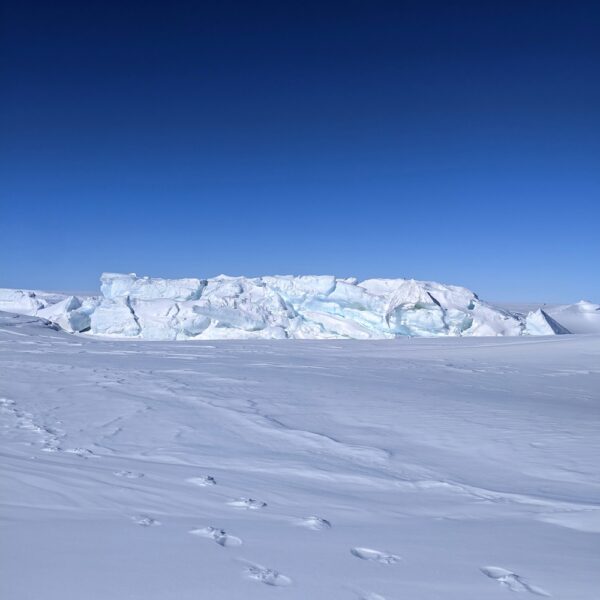 I’ve made it over to Scott Base a couple times, taking both routes to get there (and taking a few vans rides back!). They have a small but well stocked store on base which carries some super warm gear and lots of cool souvenirs. The bar on the base, the Tatty Flag, is very cozy and, unlike the bars in McMurdo, has an amazing view out over the ice shelf.