We Are The Fire Department

McMurdo is home to the Antarctic Fire Department (AFD). Up to a few dozen firefighters live and work here on contracts ranging from 3 to 13 months keeping people safe and putting out fires (usually small ones!) when they arise.

However, there is no fire department at the South Pole.

So it falls to the winterovers to form fire and medical brigades responsible for handling any crises that may occur during the year. Normally, all the volunteers for the fire brigade would meet in Colorado and go through a weeklong fire fighter training course complete with live fire and smoke mazes. But this year is anything but normal, so instead we got to work directly with the AFD to learn the basics of fire fighting and some more specific concerns for fire fighting in Antarctica (we won’t have hose lines or trucks at the South Pole for example). 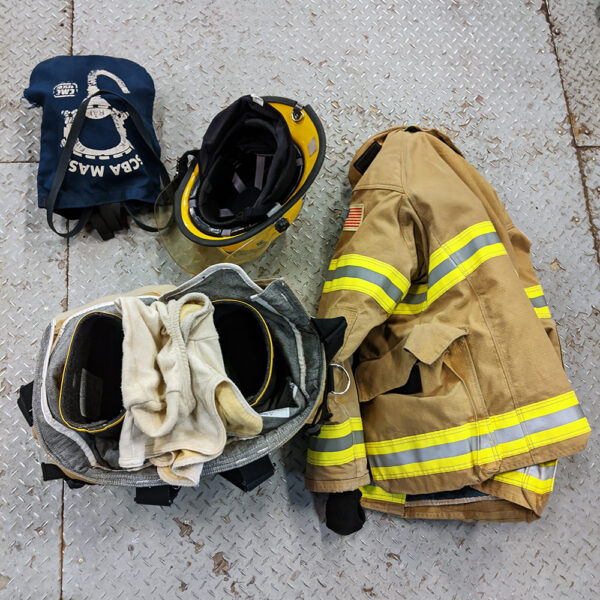 After we could successfully put on the gear, we had to learn how to put on, inspect, and handle the 30 lb air tank that would allow us to breathe in smokey, possibly toxic, conditions. Then we had to practice putting everything on and off and on and off and on and off again. The goal was to get completely suited up and on air in under 2 minutes (I don’t know that I ever quite made it, but I got close a few times!). We also practiced changing our partner’s tank and changing a tank blindfolded! 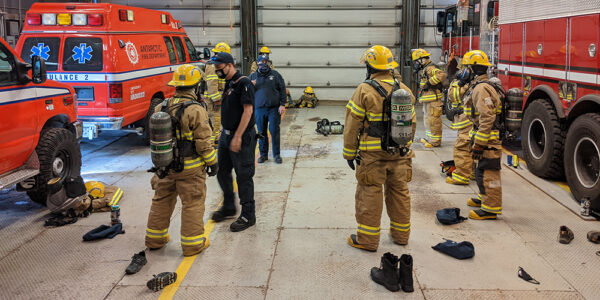 Then the practical exercises began. I had never really thought about it but one of the main things that fire fighters do (besides fighting fires) is search burning, smoke-filled buildings for victims. Depending on the heat and visibility this entails crawling on your hands and knees (because it’s probably too hot to stand up), sounding the floor ahead of you (to make sure it isn’t going to collapse), and searching for any signs of life while (probably) not being able to see a foot in front of your face, wearing 60+ lbs of gear, and not losing contact with your partner (buddy system ftw!). If all of that doesn’t sound exhausting, also keep in mind that you only have about 5 minutes of air and the building is burning down around you, so you have to go FAST.

But what do you do when you actually find a victim? You drag them out! We learned a bunch of different ways of effectively dragging people to safety. I found that I was pretty good at pretending to be unconscious so that my teammates could practicing dragging me and significantly less good at doing the dragging myself (I am very glad that I should always have a partner with me to help!).

The official training wrapped up with a simulated mass casualty incident so that we (the fire brigade) could integrate ourselves with the medical brigade which had been going through their own training throughout the week. It was super chaotic but so cool to get to see how the skills we’d been learning would work in a real-life scenario (there was even fake smoke so we could get a feel for what the limited visibility would really be like!)

Afterwards, a few of us crazies signed up for extra training where we learned how to break open doors and bust through walls (so incredibly satisfying!). We even practiced crawling through holes in the walls while fully geared up! 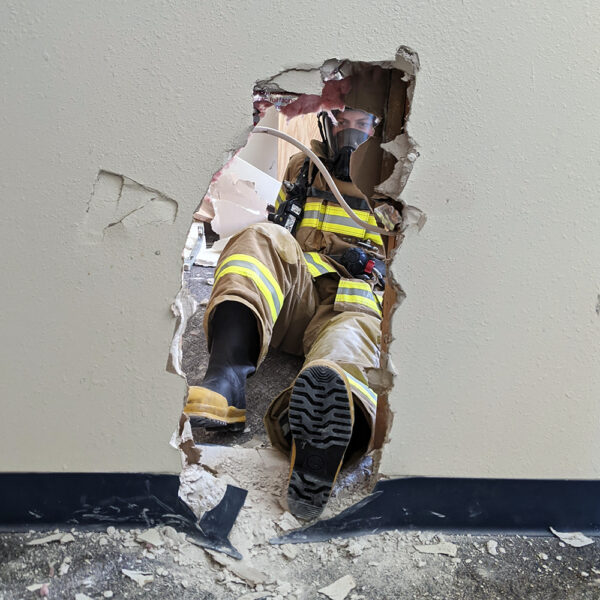 I was completely and utterly exhausted and sore at the end of every day. That being said, it was absolutely amazing and one of the coolest things I’ve gotten to do! The AFD did an amazing job showing us the ropes and I am so thankful for all the time, effort, and encouragement that they gave us throughout; we couldn’t have done it without them!

There will be more station specific training at Pole, and I can’t wait!